Ham and pea soup is a very French ( Quebec) dish. I had never made it until I was asked to make it for our local meals on wheels.  I went to my trusty Best of Bridge cook books and found this recipe. I have changed it ever so slightly by using split yellow peas instead of whole peas but the end result is the same DELICIOUS! This thick, hearty soup is a meal on it's own. Dip a thick slice of French bread toast in and enjoy.

Begin with 14 cups of water, add ham bone and any left over meat and bring to a boil then skim off any foam. Add remaining ingredients *except peas* cover and simmer over low heat for at least 3 hours. Remove bone and meat and puree or mash the vegetables. Cut the left over meat into small cubes and return to soup. Add the dried split peas and the bone, cook an additional 1 1/2 hours or until the peas are soft. As the peas cook the soup will thicken, if at any point the soup is too thick for you add some chicken stock but the soup is suppose to be thick. Remove the bone and serve with a few slices of French bread toast. 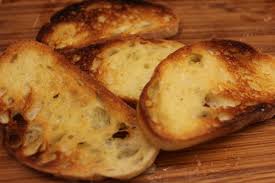